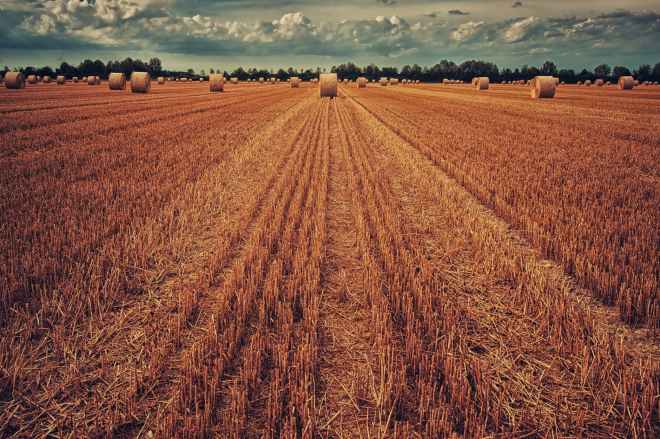 “…Open your eyes and look at the fields, for they are ready for harvest.” John 4:35

My Dad knew when it was time to ready the field, plant the seed, and harvest. He knew the signs of each season. The thing, however, that he could not predict was the weather. There could be too much rain or not enough rain. Too much sun or not enough sun. All of which could throw off his schedule. Even at those times he had someone to alert him when bad weather was coming—the weatherman. Only if he did not heed the warnings, would he fall into disaster.

The world is in great disorder and chaos at the moment of this writing. In order to fight the “Evil” that is lurking everything has come to a halt. They have given “evil” a name—it is called “Coronavirus or Covid 19.”

Recalling the steps that brought us to this point you can see the subtlety in which evil was working. You can see the acuteness, the penetration of minds and the delicacy of discrimination. There was great revelry in all corners of the world. There was lively and noisy festivities; large crowds gathered together; no consideration to others. Our government was battling it out on a daily basis, seemingly without concern of each other’s feelings. No one was doing the job that they were called to do. As this world spun out of control, there was only one way to stop it—unleash evil!!

Today we have been forced to pay attention to each other—to supply each other’s needs. Businesses have shut their doors, schools are closed; in some cities no one is allowed out unless for food or medication; we are in a state of disaster. However, in the midst of all this, “the fields…are ready for harvest.” (John 4:35)

There has never been a time when people were more ready to be introduced to the salvation of the Lord. Paul wrote to the Christians (the believers) of Thessalonica telling them that the fields are ready for harvest. It was time to witness to the unbelievers, telling them that no matter what they had done, no matter what horrible sin, if they turned to the Lord He would receive them and forgive them. For you see, things are going to get worse and many will succumb to fear and be lost—only the Lord can save you now.

I may sound like an evangelist or a fundamentalist, but what I am saying is true. Only those who are children of God will be saved. And the only way to become children of God is to “seek first the kingdom of God and His righteousness, then all these things will be added to you.” (Matthew 6:33) It is a misnomer that every living human being is a child of God. Just being born does not make you a child of God! Come to the Lord before it is too late. So, “put on the breastplate of faith and love, and for a helmet the hope of salvation.” (I Thessalonians 5:8b) “Put on the whole armor of God…” (Ephesians 6:10-20)

Dear Lord, may whoever reads what I have written be compelled to read Your word and seek Your face. It is harvest time. In Jesus’ name I pray. AMEN

Retired UM pastor now author. I have published 2 books--Embracing The Call (God will take you to places you never imagined) and Through the Storm ("Medications" for the soul). You may visit and read more about me on my web site RevBetty.com. View all posts by Betty Beach-Connell